Women’s boxing is on the rise, and undisputed welterweight champion Cecilia Braekhus (35-0, 9 KOs) is leading the charge. She is set to defend her titles for an astounding 25th time against Victoria Bustos on Saturday, Nov. 30, on DAZN. She hopes that a career-defining bout with super lightweight champion Katie Taylor follows.

Check out here for live stream 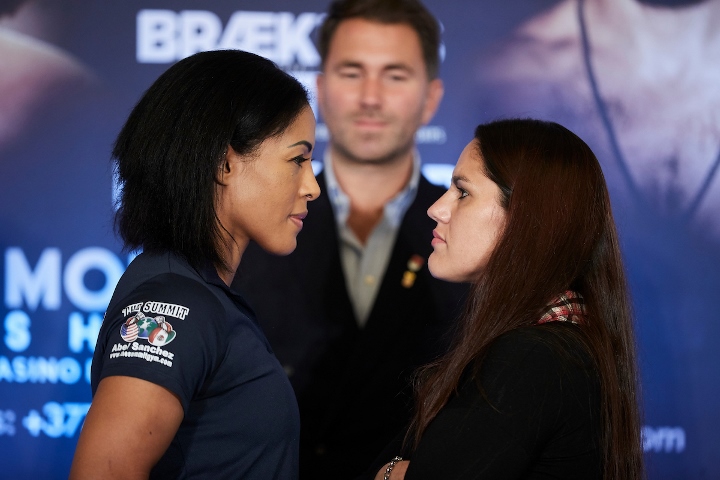 Braekhus (35-0, 9 KOs) last fought in December, beating Aleksandra Magdziak Lopes by unanimous decision to retain her championships. The “First Lady” first became a world champion back in 2009 when she captured the WBA and WBC titles from Vinni Skovgaard. She added the WBO belt to her collection one year later by beating Victoria Cisneros in May 2010.

The 35-year-old become the four-belt titleholder when she took the IBF strap from Ivana Habazin in September 2014.

Bustos (19-5, 0 KOs) has won four of her last five fights, including a unanimous decision victory over Enis Pacheco back in December. The 30-year-old understands the golden opportunity presented to her and plans to make the most of the chance at making history.